NCERT Solutions of Carbon and its Compounds Class 10
<< IntroductionUnsaturated Hydrocarbons : Alkene and Alkyne >>

Initially, compounds of carbon could only be obtained from living sources and there was no way of synthesizing them. Hence, carbon compounds are also known as organic compounds.

Carbon forms a large number of compounds. So far, formulae of about 3 million carbon compounds are known.

Cause of formation of such a large number of compounds by carbon:-

(c) Carbon can form branched chain; along with straight chain; while combining with carbon atoms, i.e. because of the property of catenation.

(b) Carbon has four electrons in its outermost orbit. This gives carbon the valency which is equal to 4. That’s why carbon is tetravalent.

Carbon-carbon bonds are very stable, which makes the compounds of carbon stable.

Compounds; formed because of the combination of hydrogen and carbon are known as hydrocarbons.

Types of hydrocarbon: Saturated and Unsaturated.

ALKANE: Hydrocarbons having only single bonds are known as alkane. These are saturated hydrocarbons. Alkane are also known as paraffin. 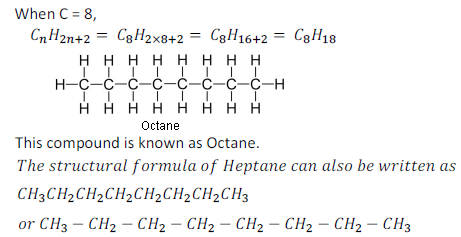 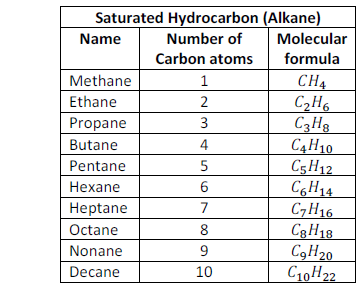 NCERT Solutions of Carbon and its Compounds Class 10
<< IntroductionUnsaturated Hydrocarbons : Alkene and Alkyne >>